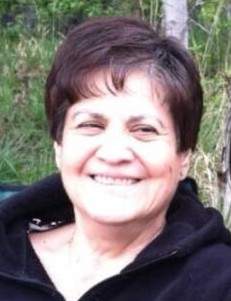 Consuelo “Connie” Martinez Pacheco, 73, of Taos passed away peacefully at her daughter’s home in Rio Rancho, N.M. on November 1, 2021.

Connie married her husband Carlos on October 19, 1968. They had their daughter Annette and three years later, her son Charlie. Connie’s children were her life. She graduated high school at the age of 16 and received many awards and certificates. Connie had an extensive career. She worked for the NM Department of Welfare, the 8th Judicial District Court, and subsequently as the district secretary with the New Mexico State Police in Taos County, NM. She enjoyed each job very much, but often said her time with the State Police were some of her favorite years of her life. She especially enjoyed laughing at the Police Officer’s antics and jokes and had long lasting friendships with many of them.

Connie adored her grandchildren with her whole heart - often bragging about them to everyone she spoke with. Connie had a strong faith in God. She was known to acknowledge and praise the things you were good at, often encouraged you with profound words, and made you feel important and loved. Her family will remember her great sense of humor, especially her laughter, which always filled their hearts with such joy.

Connie will be dearly missed and fondly remembered by her family, relatives, and friends.

A memorial service will be held on November 9, 2021 at 12pm at Calvary Chapel in Taos with burial at the Descanso Cemetery in Talpa. To share a memory please visit,  www.devargastaos.com 1-866-657-4019

To order memorial trees or send flowers to the family in memory of Connie Pacheco, please visit our flower store.