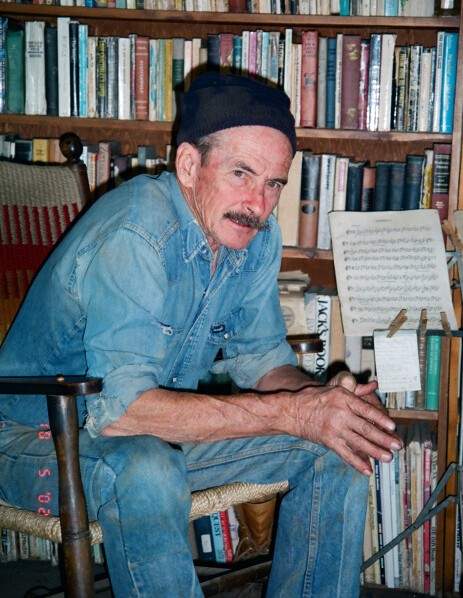 Dennis graduated from Leland & Gray High School in Townshend, Vermont, in 1953 and served in the U.S. Army in the mid-1950s. He first arrived in Taos in 1959, settling permanently in Taos Canyon. He worked as a builder, a carpenter, a stonemason, and, in later years, a surveyor’s assistant. Dennis played classical guitar and was a vociferous reader. Dennis would read any book, whether it was his favorite classic, Cervantes’ Don Quijote, or a tome on livestock statistics in Australia in the 1930s. He was also fond of reading magazines like National Graphic, Sky and Telescope, Scientific American, and Archaeology. An avid traveler and fan of Jack Kerouac, Dennis drove across the Continental United States with his brothers and friends on numerous occasions and traveled frequently to Mexico and Spain over the years – not to mention throughout Europe and Central America. In their youth, he and his brother Michael traveled to North Africa by freighter.

Every morning, Dennis would wake up early in his cabin in Taos Canyon and start the fire he prepared the night before in his wood stove, make himself a strong cup of expresso and some home-made drop biscuits, practice his guitar for 30 minutes, and perform Royal Canadian Air Force calisthenics. He would look out in contemplation over the valley and trees from his home on the side of the mountain, feed biscuit crumbs and bird seed out of his hand to the birds, and hike the roads and well-worn trails around his cabin and in Taos Canyon – often in search of deadwood to use as firewood in the wintertime. He will be sorely missed.

Memorial Information: Dennis, like most of his family, was always an avid reader and lover of books. Donations in the Memory of Dennis R. Brooks may be made to the Taos Community Foundation, memo: Friends of Taos Public Library, 115 La Posta Rd, Ste A, Taos, New Mexico, 87571, https://taoscf.fcsuite.com/erp/donate/create?funit_id=1660.

The family of Dennis Roy Brooks has entrusted the care of their loved one to DeVargas Funeral Home of Taos.  866-657-4019 www.devargastaos.com

To order memorial trees or send flowers to the family in memory of Dennis Roy Brooks, please visit our flower store.