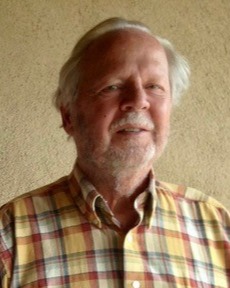 Hank was born May 28, 1939 in Dallas Texas. Hank attended Texas A&M University where he received his Bachelor’s degree in Mechanical Engineering in 1962. He was subsequently certified as a Professional Engineer by the State of Texas in 1968. During his early career Hank worked as Project Engineer where he received a patent for a materials-handling equipment design. He later went on to roles as Production Manager, Plant Manager, Maintenance Supervisor and a favorite of his: maintenance supervisor in a Colorado underground coal mine where he regularly worked in mines above 10,000 ft.

Hank was a complex man of many talents and interests that included bicycle and motorcycle riding, game and bird hunting, fly fishing, and best of all, zymurgy and brisket smoking.

The family of Hank Farrow has entrusted the care of their loved one to DeVargas Funeral Home of Taos. www.devargastaos.com 1-866-657-4019

To order memorial trees or send flowers to the family in memory of Hank Farrow, please visit our flower store.