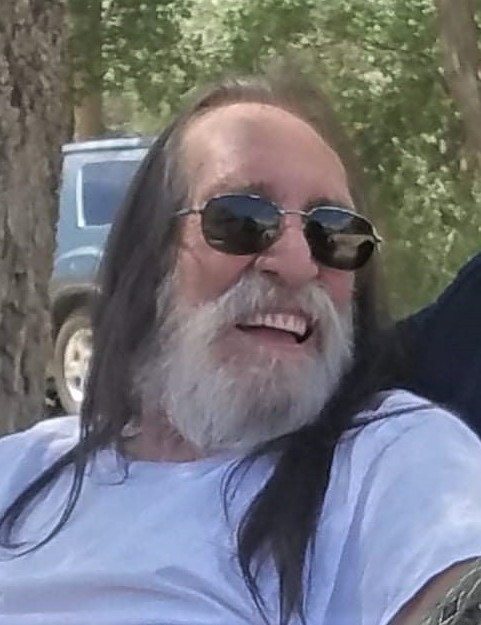 Juan Patricio "Johnny" Martinez passed from this life on October 22,2021. During his life Johnny was a wildland fire fighter with the US Forest Service for many years, he held jobs at Kachina Lodge, Friday Motors, Holiday Inn, El Pueblo Lodge and Taos Living Center doing various jobs. He also did private maintenance for different individuals and condominiums in the Taos area.
Anybody who knew Johnny knew his passion was his cars. He enjoyed working on his Caritos especially his Trokita as that was his pride and joy. He would spend hours working on his vehicles, washing and cleaning them to perfection. He loved going to carshows. It never failed that anywhere that Johnny went he made friends.
Johnny was preceded in death by his grandparents who raised him from infancy to his teens, Estevan and Madelena Herrera as well as his parents Luis and Eloisa Martinez. His brothers Floyd and Leroy Martinez and nephews Lloyd and Floyd Martinez as well as his Cousin Jose "Brother Hawk" Fernandez who he was raised with.
Johnny is survived by his wife Sandra and his daughters Ruby, Jan and Natalie and his Son in Law Rigoberto, as well as his Godchildren Daniel Martinez and Erica Molina. He is also survived by his Brothers Louie, Tony and Richard Martinez and Sister Diana Fernandez along with many Nieces and Nephews, Cousins and Friends that he made throughout his life. All of who will miss him very much.

Rosary will be recited Thursday November 11, 2021 at 9:00am followed by the Funeral Mass at 10:00am at Our Lady of Guadalupe Catholic Church, burial will follow at the Dolores Cemetery.

The family of Juan Patricio “Johnny” Martinez has entrusted the care of their loved one to DeVargas Funeral Home of Taos. www.devargastaos.com 1-866-657-4019

To order memorial trees or send flowers to the family in memory of Juan "Johnny" Martinez, please visit our flower store.