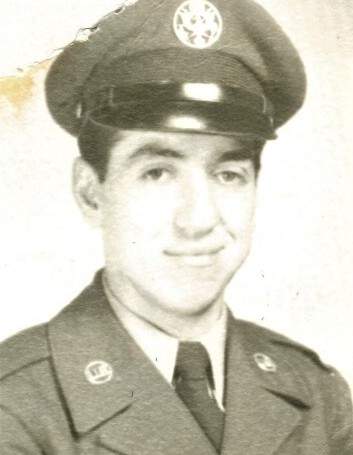 He was preceded in death by his parents, 3-sisters Emily Fuller, Sadie Quintana, Adonelia Maestas and only brother Manuel Velasquez.

He was born on May 12, 1932 in El Valle, NM to Juan Amadeo and Maria E. Velasquez. He graduated from Menaul High School and was drafted into the military during the Korean conflict. He served our country for 4 years and was honorably discharged, returning home to study engineering at NMSU in Las Cruces, NM. In 1961, he married the love of his life Rosalba C. Lopez. Juan was employed by North American Rockwell in California and was later assigned to the Johnson Space Center NASA Site as an electronic technician at White Sands, New Mexico. In 1969, he moved from Las Cruces to Peñasco, NM where he earned his electrical contracting license. He worked for Los Alamos National Laboratory for many years, as well as independently until his retirement.

Juan and Rosalba traveled extensively after retirement. They toured the United States in their RV and also visited numerous countries & continents throughout the world, including South Korea. South Korea was the most memorable because he had the opportunity to meet with fellow veterans with whom he had served. As a Korean War Veteran, he also had the opportunity to take part in the 2018 Honor Flight of Northern New Mexico, a program that recognizes American Veterans for their achievements and sacrifices. He was able to visit Washington DC Memorials with honors. He met many friends in his lifetime with whom he always kept in touch. He had a passion for writing and documenting his most treasured moments in books, cards, furniture, photos, newspapers, and more.

Rosary will be recited on Tuesday April 5, 2022 at 8:30am followed by the Mass of Christian Burial at 9:30am at the San Antonio De Padua Catholic Church in Peñasco.  Burial will follow at 1:30pm at the Santa Fe National Cemetery.

“In life, we loved you dearly, in death we love you still. In our hearts you hold a place, no one else will ever fill” – Author Unknown

The family of Juan O. Velasquez has entrusted the care of their loved one to DeVargas Funeral Home of Taos. 866-657-4019 www.devargastaos.com

To order memorial trees or send flowers to the family in memory of Juan O. Velasquez, please visit our flower store.