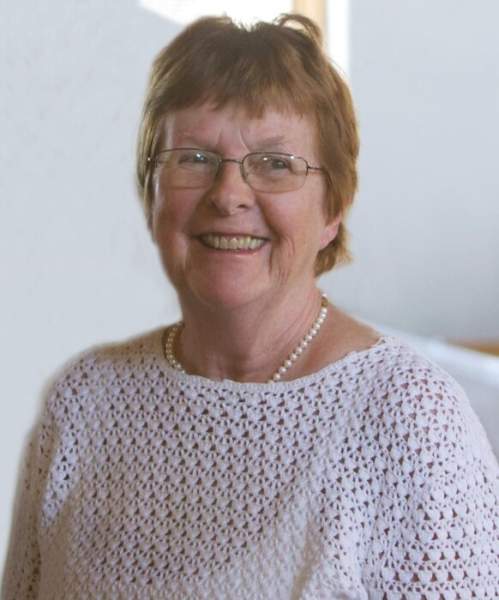 Judith Bellemore Spehar of El Prado was called by the Lord on High on February 14, 2021. She died quietly at home. Her survivors include a brother, Walter Bellemore, of Hamden, Connecticut, daughters Katharine Spehar of Albuquerque and Gabrielle Chernis of San Francisco, deeply beloved granddaughters Aurora Chernis and Athina Chernis of San Francisco, and husband, Warren, of El Prado. Judith was born on August 22, 1937 in New Haven, Connecticut. She traced her family roots to William White, a signer of the 1620 Mayflower Compact. As a native New Englander, she took every opportunity  to spend summers at her family’s shoreline cottage in Branford, Connecticut. She and her younger brother relished swimming, fishing, and boating on Long Island Sound, and the love of fresh-caught seafood stayed with her for her entire life.  A gifted student, Judith graduated from Northfield School for Girls in Northfield, Massachusetts. From Northfield to the Ivy League was a small step.  She graduated with a B.A. in English (honors) from Cornell University, then an M.A. in English from Brandeis University, where she developed a passion for Pope and Swift. These studies provided a foundation for critical thinking, historical research, and editing skills.  As the years passed, she drew upon these developed skills brilliantly. Judith began a teaching career at the State University of New York College at Cortland, where she met her future husband, Warren. Shortly thereafter, the two moved to North Carolina, where she pursued her career as a teacher at the all-Black women’s North Carolina College in Durham.  Then, her husband’s career took them to Westchester County, New York, where she temporarily set aside her education career for the raising of their two daughters, Katharine and Gabrielle. Adopting organic gardening methods long before they became fashionable, Judith lovingly prepared gourmet meals for the family with the vegetables from her outsized garden. Judith was also active in numerous volunteer activities, including the Friends of the Library in Somers, New York, and the Concert Society of Putnam and Northern Westchester, an organization devoted to bringing professional performances of chamber music to northern Westchester and Putnam County. When her children began high school, she resumed her career in education, serving as a director of adult education programs for Westchester County. Alongside these responsibilities, she worked in the new IBM Somers regional complex.  Seeking a slower pace of life, Judith and her husband relocated to Taos County in 1998. She fell in love with the landscape and cultural diversity of the region, and she formed close lifetime relationships with people of all cultural backgrounds. Judith was passionately devoted to her church, Holy Trinity, in Arroyo Seco.  In addition to being active in the choir, she played an important role in helping the church gain listing on the New Mexico State Register of Historic Places. She was active in the Native Plant Society of New Mexico. She was a voluminous reader and particularly enjoyed mysteries and historical fiction. Judith was exceptionally devoted to her husband in every way. Until the very end, she continued to collaborate with him on his historical investigations into 17th-century English political history. Her involvement in his work contributed to his publishing articles in important historical journals. She thought these contributions were a fitting end to a meaningful life. In lieu of flowers, donations may be made to The National Wildlife Federation or The Nature Conservancy. Mass of Christian Burial was held on Friday, February 19, 2021 at 10am at the Holy Trinity Catholic Church in Arroyo Seco, with burial at the Las Cruces Cemetery. The family of Judith Bellemore Spehar has entrusted the care of their loved one to DeVargas Funeral Home of Taos. www.devargastaos.com

To order memorial trees or send flowers to the family in memory of Judith Bellemore Spehar, please visit our flower store.