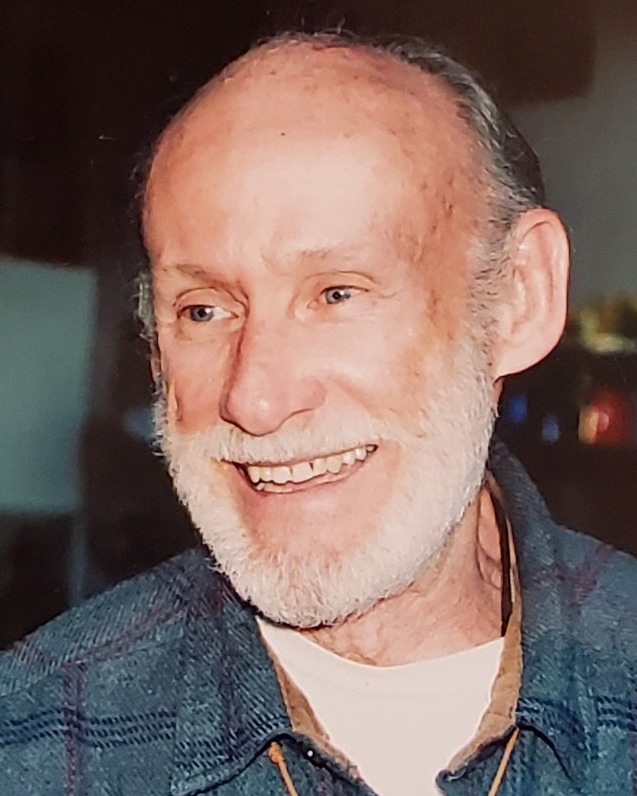 A powerful, remarkable painting of the ascending and transparent Christ that was gifted by its artist Julian Robles of Taos to Our Lady of Guadalupe Church greets the eyes and deep sensibilities of all who enter that Church. The Robles painting has been there for a number of years by now; it is a true artistic treasure in the Taos and area community; and though it is not in a gallery or museum, it is indeed a wonderful work of art.

Julian Robles, a truly masterful artist/painter who is renowned locally and internationally, passed away peacefully on January 2, 2023, at the age of 89 in Albuquerque, New Mexico, following a long period of health-related care.

He was born on June 24, 1933, in the Bronx in New York City. His parents were Julian R. Robles and Mary Ann Myles Robles. He is survived by his younger brothers Mark Robles of Boulder, Colorado; Walter Robles of Canyon Country, California; and Roger Robles of Rancho Mirage, California; and by his extended family of spirit.

A standard biography of Julian Robles, including that of Artscape, recounts the general outlines of his life, including that he had "lived and painted in Taos since 1968. He was dedicated to recording the ceremonials of the New Mexico and Arizona Indian people before they were lost, stating, "I find it exciting to capture the life and color of an Indian ritual".

It is known that his mother who was also an artist, recognized his talent since his early age and encouraged it. He was an avid art student in high school and at Pratt Institute in New York City, was a technical illustrator in the U.S. Air Force, and from his Air Force postings in Cheyenne, Wyoming and Amarillo, Texas he would take painting trips to New Mexico and Taos; and he finally cast his lot aqui en Taos.

He became an integral part of the Taos Art Colony as a member of the "modern" Taos Six group of fine painters along with Rod Goebel, Walt Gronsky, Ray Vinella, Robert Daughters, and Ron Barsano, inspired by a 'magical quality' in the Southwest landscape.

He was possessed of a brilliant artistic eye and perfect visual memory and could memorize the details of ceremonials, which he could then paint in his magnificent and living works; and became a very accomplished and successful artist.

His artistic eye, his mind's eye, and his 'mystical' soul's eye, were also always trying to see more deeply into what he once described to me as 'the mystery and meaning of what underlies and what is just beyond the visible existence'; and at least twenty-five years or so ago he had begun to paint in the realms of Christian spirituality and mysticism.

While he would be working to complete contractual commissioned paintings, he also began to find time to investigate these spiritual elements of existence, and to be influenced by certain individuals, including Saint Francis of Assissi, San Francisco de Asis; and he enrolled himself into the community of Our Lady of Guadalupe Parish in Taos.

Some of his art began to reflect these spiritual developments in his life. He in fact became more ascetic, and began to follow the Franciscan ways of humility and simplicity of life; and then he professed himself into the Order of Secular Franciscans, the 'Third Order of Lay Franciscans', and to actively practice the rules of charity, prayer, and penance.

While he was not a 'Penitente", he was known as an Hermano, a Brother in the Way of Saint Francis of Assissi, in the community. He was instrumental in starting the Parish Food Pantry of 'the Little Poor One' (as Francis is known), and for many other acts of kindness, compassion, and charity. He will always be remembered for his adherence to the following of that Way.

His final wishes included that his corporal form be wrapped in his Franciscan robe when he would be interred, and that certain Franciscan prayers, including the Franciscan Rosary, be recited at his funeral services. which he also hoped could be a relatively simple affair.

Julian's was a fascinating, successful, full, and accomplished life, as a great artist and as a 'great soul'.

He always sought and tried to portray the living, shining light and breathing air in both the 'normal' and 'mystical' worlds. Seemingly, he succeeded. Earlier on, when he painted portraits of 'Indians', he declared, "It's exhilarating to paint the air around the bronze head of a Pueblo Indian." Then later after his evolving growth and experiences he would produce other great works of transcending luminescence such as his wonderful painting which is in Our Lady of Guadalupe Church aqui en Taos.

Julian Robles, our Amigo and Hermano, we thank you for your life's gifts which you have given to the world, and for the works and gifts which the world has also gained from your adherence to the Way of the 'Little Poor One"; and we thank your Creator for you; and we pray that you Rest in Peace - Que Descances en la Paz Eterna, en la Divina Luz!

Rosary will be recited on Saturday January 28, 2023 at 9am followed by the funeral mass at 10am at Our Lady of Guadalupe Catholic Church, with burial to follow at the Sierra Vista Cemetery.

The family of Julian Robles has entrusted the care of their loved one to DeVargas Funeral Home of Taos. www.devargastaos.com 1-866-657-4019
To order memorial trees or send flowers to the family in memory of Julian Robles, please visit our flower store.