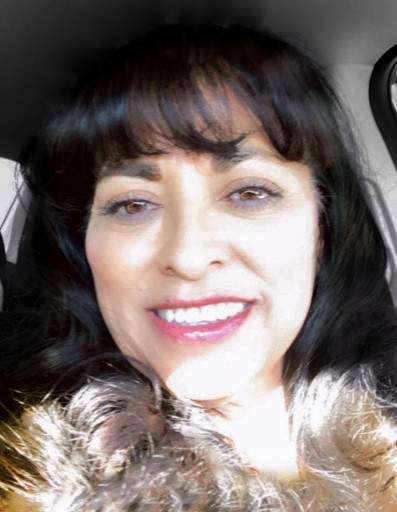 Laverne Cisneros fell asleep in death on September 3rd, 2020. Laverne was born on September 18, 1957 and raised in Questa New Mexico.

After studying the Bible, Laverne dedicated her life to serve the Almighty God Jehovah. She symbolized her dedication to him by water baptism on February 4th, 1990. Laverne’s desire was not just to please Jehovah but also to share the wonderful good news with her family as well as everyone around her so that they too would be able to share the same hope she had.

After she became sick, Laverne had so much trust in Jehovah she felt fortified because of scriptures such as Isaiah 41:10 which says “Do not be afraid, for I am with you. Do not be anxious, for I am you God. I will fortify you, yes, I will help you, I will really hold on to you with my right hand of righteousness.” This is how she was able to stay positive throughout the very difficult situation she endured.

Laverne believed in Revelation 21:4 which shows God’s promise to remove all tears, pain and death. She had confidence in Acts 24:15 which promise that there is going to be a resurrection.

Laverne always found comfort in her close relationship with her (our) God Jehovah.

Laverne had so much love for so many people and she has been loved by so many. She will be missed greatly as she had affected so many lives.

A Celebration of Laverne’s life will be held at a later date.

The family of Laverne Cisneros would like to thank you all for your love and kindness shown to her throughout the years.

The family of Laverne Cisneros has entrusted the care of their loved one to DeVargas Funeral Home of Taos. 866-657-4019 www.devargastaos.com

To order memorial trees or send flowers to the family in memory of Laverne Cisneros, please visit our flower store.