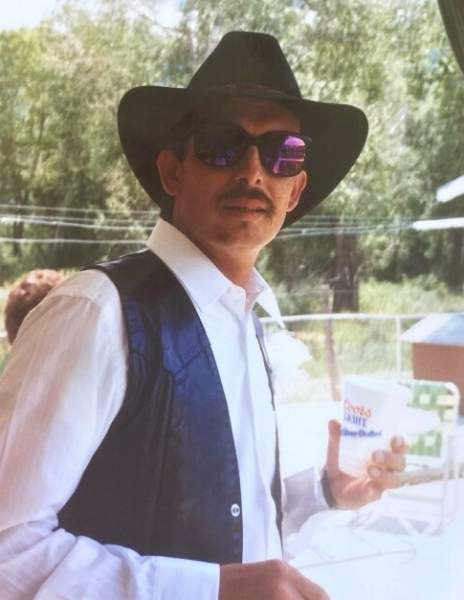 Lawrence Herrera, 59, a resident of Questa, passed away peacefully on July 12, 2021.  He was preceded in death by his son, Jose Beto Herrera, and father Eliu Herrera. Lawrence was a very outgoing man who loved to joke with friends and family.  Always living life to its fullest.  He especially loved to watch his Miami Dolphins play on Sunday’s.  Lawrence is survived by his daughter, Alicia Romero (Eric), grandchildren, Josiah, Joslynn, Jonah, Jerika Romero, and Katie Brook Herrera, mother, Berlinda Herrera, his siblings, Gabe Herrera (Novella), Louie Eddie Herrera (Liz), Gregory Herrera, and Myra Trujillo (Richard), mother of his children, Angela Arellano, and special caregiver, Beverly Vigil, plus many loving nieces, nephews, relatives, and cherished friends.  Rosary will be recited on Thursday July 15, 2021 at 9am followed by the Mass of Christian burial at 10am at St. Anthony’s Catholic Church in Questa, with burial to follow at the El Pueblito Cemetery. The family of Lawrence Herrera, has entrusted the care of their loved one to DeVargas Funeral Home of Taos. www.devargastaos.com 1-866-657-4019

To order memorial trees or send flowers to the family in memory of Lawrence Herrera, please visit our flower store.

Recitation of the Rosary