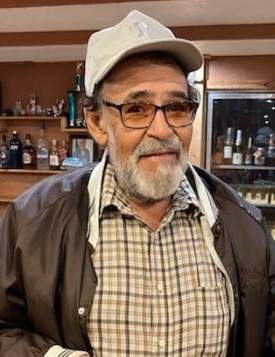 He was preceded in death by his loving wife of 26 years, Teresa Martinez; his parents Fidel and Eutilia Martinez; and brother Fidel Martinez.

Leo was born December 9,1946 in Costilla, New Mexico, a son of the late Fidel and Eutilia (Arellano) Martinez.

Leo graduated from Costilla High School in 1965. He then moved to Casper, Wyoming where he married Teresa Roybal in 1966. They lived in Casper for nine years where he worked at Coliseum Motors becoming an expert at painting cars.  They moved back to Costilla, New Mexico in 1975.

They had two beautiful daughters, Stephanie and JayLene and lived several years in Costilla until they moved to Las Vegas, New Mexico. In 1989, they moved back to Casper but his life was shaken by the sudden loss of his wife in 1992. He eventually moved back to Costilla but visited Casper often to be with his daughters and grandchildren.

Leo was a devoted husband, father, grandfather, brother, and compadre to so many people. He was a “Good Guy'' who made people laugh throughout his life. He had friends wherever he was and will be missed dearly by all who knew him. He was the favorite uncle and godfather to so many. He loved fishing and spending time with friends and family. He also enjoyed beating most everyone in cards or games which he picked up so naturally.

A rosary and Funeral Liturgy for the Deceased will be held Saturday April 9, 2022 1:00 pm at the Sacred Heart Catholic Church in Costilla, NM. A Funeral Interment service will be held at a later date, at Wyoming Memorial Gardens in Casper, WY.

The family of Leo Martinez has entrusted the care of their loved one to DeVargas Funeral Home of Taos.  866-657-4019 www.devargastaos.com

To order memorial trees or send flowers to the family in memory of Leo Martinez, please visit our flower store.