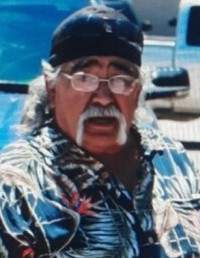 Our Beloved Luis Olmedo Medina 74, of Cañon in Taos, passed away Thursday August 18, 2022.

Luis was a very talented Mechanic, Crane Operator and self-titled " Jack of all Trades" . He always had something funny to say about everything. He graduated high school in 1967 and enlisted in the NM National Guard in the Summer of 1969, serving 8 plus years. He moved to Albuquerque for a year in which he married Patsy and had his first son Michael, moving back to Taos in 1971.  He began his on/off career of diesel mechanic/driver/crusher operator for the family business. Throughout the years, he worked many jobs from adobe maker to a home builder, to homemade brandy maker.  He spent a lot of time helping anybody that needed a good mechanic. He was always there when he was needed and for that he will always be remembered.

The family of Luis Olmedo Medina has entrusted the care of their loved one to DeVargas Funeral Home of Taos.  866-657-4019 www.devargastaos.com

To order memorial trees or send flowers to the family in memory of Luis Medina, please visit our flower store.