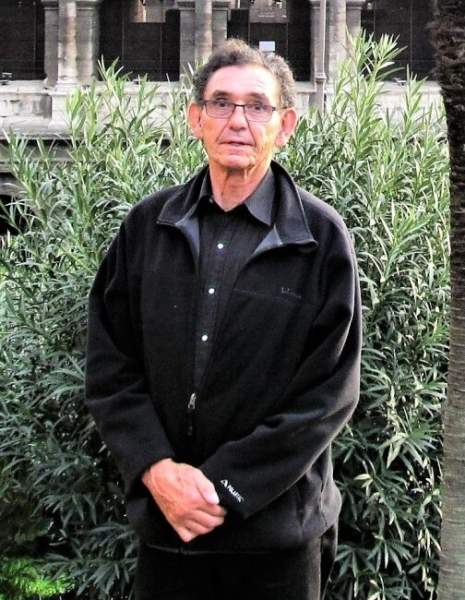 Manuel Dave Trujillo was born in Las Vegas, New Mexico on April 24, 1939. He passed away with his son at his side on June 15, 2021. Manuel was preceded in death by his parents, Martin Leonardo Trujillo, Maria Encarnacion (Martinez) Trujillo, and Genevieve (LeFevre) Moya, and his son, David Trujillo.

Manuel grew up in Brighton, Colorado and attended school there through high school. He attended Western State College in Gunnison, Colorado on a full-ride wrestling scholarship. His passion was wrestling. He lettered in wrestling in high school and college.

Manuel worked for JC Penney for many years. He started as a shoe salesman in the Brighton store, and worked his way up to store manager. He was always meticulous about keeping his stores stocked, presentable and clean. He would sweep the sidewalk in front of the store each day in his 3-piece suit. JC Penney was the reason he moved to Taos. His sons came to visit him there and fell in love with the place and ended up staying there too.

Manuel was active for several years in the Jaycees (United States Junior Chamber) which is a leadership and training civic organization. He served in many different roles throughout his tenure. He travelled to Brazil as a Goodwill Ambassador.

Manuel married Angelica Vigil in June 1986 on her family ranch in Taos, New Mexico. He loved helping her father when they would move the cattle up the high country by horseback in the spring.

Manuel loved to travel. He made a trip to Mexico with Beth, took his father to Spain, travelled to Brazil twice, took his son Michael to Jamaica, visited the Holy Land, and Italy.

Manuel loved to tell “dad jokes”. He entertained everyone with the same jokes for years. He never missed a birthday, anniversary, holiday, or graduation. He always sent a card even if he couldn’t be there with you. He always made his kid’s birthdays special when they were young by taking them to a nice restaurant. Mike said once “we go to a fancy restaurant, and they serve Pork and Beans”. On another birthday dinner at an Italian restaurant in Denver, the birthday boy was serenaded by Italian musicians. Manuel would take turns taking his kids to work with him. These were always special times where they got to feel important and got to see dad in action. He was an incredible manager and leader.

Manuel loved his coffee, fried potatoes, Dr. Pepper, and his Jelly Belly jellybeans. He served in the Taos Valley Knights of Columbus Council #7313 and made many good friends there. He made charitable contributions to several worthwhile causes, just like his mom used to do. He would greet Mark’s boys as EJ, MJ, and AJ, and Lisa’s son as Calvin Lee.

We remember our father fondly and will miss him with all our hearts.

Memorial Service will be held on Friday June 25, 2021 at 10:00AM in the Evergreen Chapel of DeVargas Funeral Home of Taos, burial will follow at the Las Cruces Cemetery.

The family of Manuel Dave Trujillo has entrusted the care of their loved one to DeVargas Funeral Home of Taos.  866-657-4019 www.devargastaos.com

To order memorial trees or send flowers to the family in memory of Manuel Trujillo, please visit our flower store.