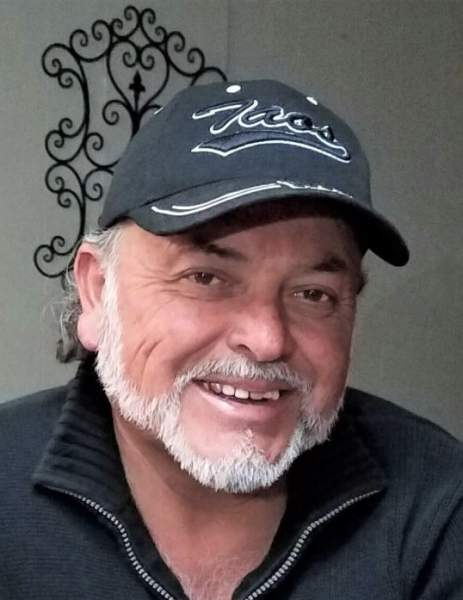 On May 9, 2021, Mark Earnest Garcia passed away surrounded by his loved ones. He was born in Embudo, NM to Bernie and Connie Garcia. Mark attended K-12 in Taos and played the trumpet in both marching and concert band. During his senior year, he was voted “Mr. Memory Lane” and his football team held the THS record from 1977 until 2019. After high school, Mark attended BYU and served a mission for The Church of Jesus Christ of Latter-day Saints in the Rosario, Argentina mission. He met his first wife, Marla Walker (Thompson), at school and the two were married in 1986. They had two children, Anthony Garcia and Amber Garcia (Wayman). Mark was also a stepfather to Cameron and Benjamin Brady. He later married his second wife, Claudia Bettina Merz in 1996. Mark’s working career began in his parent’s store on the Taos Plaza, The Village Shop, where he worked intermittently during the shop’s 50 years of business until it closed in 2019. He spent most of his 16 years in the car industry working as a finance manager but began as a salesman working for Friday Motors and Taos Motors. Mark loved dancing the two-step, playing sports (especially golf in his later years), skiing, hunting, fishing, and camping. He also had a love for animals, in particular horses and dogs. Above all, Mark loved spending time with his children, grandchildren, family, and friends. After battling cancer for three years, he spent his last seven months living in the comfort of his son’s home before he passed away to join his mother, Consuelo Dulcinea Martinez Garcia, on Mother’s Day. Mark is survived by his father: Bernabe Raymundo Garcia Jr.; children: Anthony Mark Garcia (Tiffany) and Amber Rebecca Wayman (Justin); grandchildren: Vincent Garcia, Andrew Garcia, Tyler Garcia, Charlotte Wayman, Maverick Wayman, Addison Wayman, and Clementine Wayman; siblings: Bernadine DeHerrera (Eric) and Janette Burnside (M. Reed); and his many nieces, nephews, and friends. Mark’s cremains will be laid to rest at the Miera Family Cemetery and Lake Hopewell. Due to COVID restrictions, private family services will be held. www.devargastaos.com 1-866-657-4019

To order memorial trees or send flowers to the family in memory of Mark Garcia, please visit our flower store.