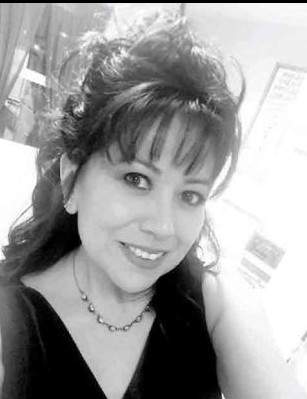 Michelle R. Flores Sanchez, 47, passed away Monday, August 24, 2020 at Huntsman Cancer Institute in Salt Lake City, Utah. She died following a courageous battle with cancer for the last year.  Michelle was a resident of Green River, Wyoming for the past eight years and was a former resident of Taos New Mexico.

She was born on August 17, 1973 in Green River, Wyoming; the daughter of Eusebio Agonsago Sanchez and Emilia Jaramillo Sanchez.

She married Marco Flores on August 16, 2019 in Green River, Wyoming.

Michelle was employed by Christensen Insurance as a Client Service Representative, and previously worked as a Front Desk Clerk at Hampton Inn.

She was preceded in death by her father, two half brothers, Paul Sanchez; Robert Sanchez; one uncle, Joe Jaramillo

Following Cremation, services are pending. Funeral arrangements are under the care of Vase Funeral Home in Rocky Springs Wyoming.

The family of Michelle R. Flores Sanchez has entrusted DeVargas Funeral Home of Taos to place this courtesy announcement for them, so friends and family can leave condolences for them to read.  www.devargastaos.com

To order memorial trees or send flowers to the family in memory of Michelle R. Flores Sanchez, please visit our flower store.