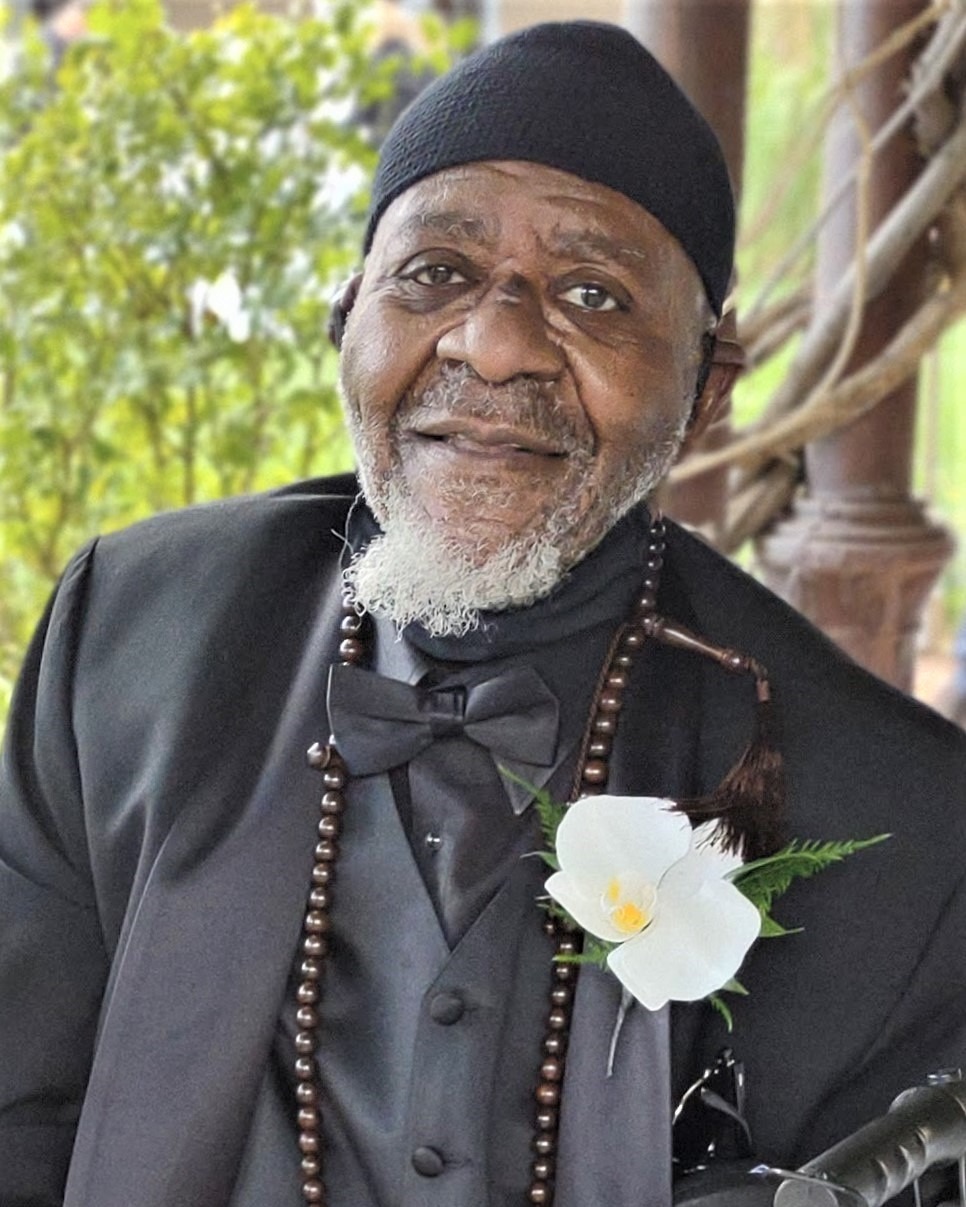 Muhammad Hassan Bilal (FKA Willie Williams), 72, of Taos, NM was born on September 27, 1950, and returned to Allah on October 25, 2022.  Hassan was born in West Point, GA and grew up in Chicago, IL.  He later attended Clark College in Atlanta, GA to get his degree in education and play football.  While attending Clark, he met Joan Amina Ramsey and later married.  Hassan and Amina traveled the United States, living in many places including Atlanta, GA, San Antonio TX, Tempe, AZ, and Taos, NM.

During their marriage, Hassan and Amina had 7 wonderful children.  Hassan was a man of many talents, but he found his greatest joy in teaching.  Hassan taught many children swimming, archery, and welding.  Hassan took his passion for teaching to Job Corp in Albuquerque, NM where he was a welding instructor for many years.  Hassan will be remembered for his larger-than-life personality as well as his vivacious laugh and smile.

Hassan is preceded in death by his parents, Doris Williams, Hoppy (Willie Henry) Williams, and his son Kamaal BinBilal.  He is survived by his wife, Amina Bilal, his children Bin (Abdur-Rahman) BinBilal and Dionne Bilal of Taos, NM, Ra'ana Bilal of Denver CO, Zahra and Chelsey Wilkerson-Bilal of Clovis, NM, Husayn and Katrina Bilal of Belen, NM, Zayn and Stephanie Bilal of Albuquerque, NM, and Nuri BintBilal of Albuquerque, NM.  He is also survived by 12 grandchildren and 6 great-grandchildren.

A private family burial took place and followed Islamic funeral traditions.  Truly, to Allah we belong and to Him we shall return.

In lieu of flowers, the family asks that donations be made to the Roadrunner Food Bank.

The family of Muhammad Hassan Bilal (FKA Willie Williams) has entrusted the care of their loved one to DeVargas Funeral Home of Taos.  866-657-4019 www.devargastaos.com

To order memorial trees or send flowers to the family in memory of Muhammad Hassan Bilal, please visit our flower store.