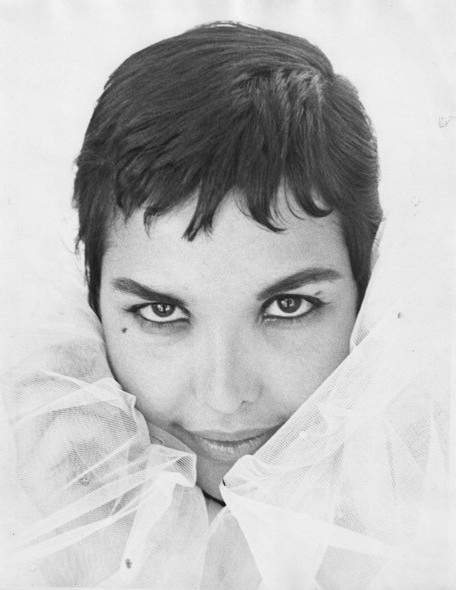 Pyrrha (LaRue) Brent Malouf passed away from congestive heart failure at her son’s home in Santa Fe, New Mexico, on August 12 at the age of 90. She was born in Knox City, Texas to hard-working Lebanese immigrants who owned a dry goods store. At the age of 15, she travelled to New York City to study voice and piano at Julliard. In 1952 she was a cigarette girl at the legendary restaurant Chasen's. She made her television debut in 1956, acting under her birth name LaRue, and sometimes Nehru Malouf and Pira Louis. She had a credited role in the 1956 film Walk the Dark Street , which starred Chuck Connors, and had uncredited roles in Son of Sinbad (1956) and The Ten Commandments (1957). She (and her bikini) had a major role in the film Ghost Diver (1957). She played one of the wives in The King and I with Yul Brenner and can be seen saying, "He has the face of a goat!" referring to the British Ambassador's goatee.  Pyrrha was married to the alto saxophonist and flautist Bud Shank, and accompanied him on tour with the Stan Kenton Orchestra. She was later married to actor Tom Pittman, with whom she had a son, Zakory. Pittman was considered to be "one of Hollywood's most promising young actors."  In 1958 she married Charles Brent, and had two children, Joshua Brent Sage and Nodiah Brent. Pyrrha spent time with spiritual teacher Richard Alpert, writer William Burroughs, and writer Paul Bowles. She did acid with Timothy Leary. She was an assistant and friend to Ravi Shankar. In 1976 she travelled to India with her friend George Harrison.  In 1983, Helen Gurley Brown assisted in the publication of Pyrrha’s book, MetaMassage, about a groundbreaking facial rejuvenation technique that she invented. In the ‘80s she and her son Zakory ran a saloon in Lubbock, Texas, called Main Street, where local and national punk, new wave, and jazz bands found a home. She was an early champion of inclusivity, and hosted many legendary gatherings in her home and saloon that welcomed all, regardless of race, sexual orientation, or political affiliation. In fact, she never met a stranger. She ran for mayor of Lubbock in the mid-eighties on a progressive platform, garnering enough support to come in third.  Pyrrha comprehended and appreciated every musical genre. Her cultural sensibilities were timeless -- she had a boundless affinity for the arts and a unique and extraordinary fashion sense. She was a world traveler and a beacon for people of all ages, offering generous support, solace, encouragement, and camaraderie. She was known for her sharp wit, one liners, and raunchy sense of humor. She lived in New Mexico for the last 11 years of her life to be closer to family. She is survived by her son Joshua Sage (Kirsten Szykitka), daughter Nodiah Brent, and grandsons Kiyota Sage, Tomoki Sage, and Omar Lux.  During her last months, she often reflected that she’d done everything she had wanted to in her lifetime. She was content and more grateful than ever for the loving care of family and friends. We usher her on to the next adventure with deep love, appreciation, and admiration. As Pyrrha was fond of saying to cherished guests as they prepared to depart from one of her raging bacchanalias, “We thought you’d never leave!” The family of Pyrrha Malouf has entrusted the care of their loved one to DeVargas Funeral Home of Taos. www.devargastaos.com  866-657-4019

To order memorial trees or send flowers to the family in memory of Pyrrha Malouf, please visit our flower store.