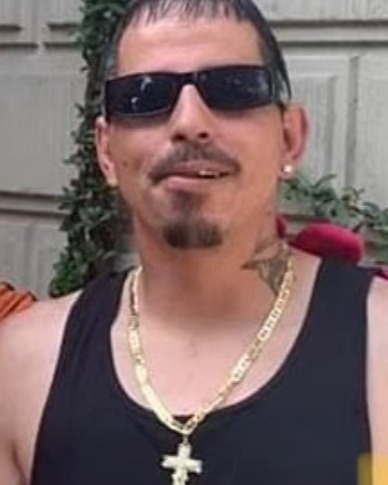 Richard Gonzales, 41, a resident of Llano Quemado, passed away unexpectedly on the evening of December 19, 2022.  He is preceded in death by his father, Avelio Gonzales, maternal grandparents Jose and Rose Cintas, paternal grandparents Facundo and Emma Gonzales, and his siblings Valerie and Abe Gonzales.  He is survived by his high school sweetheart and wife of twenty- two years, Arlene Fresquez-Gonzales, his three children, Jeniffer Gonzales (Bobby), Bianca Gonzales, Jose Gonzales, grandson Hendrix Quintana, special nieces Mikayla Valencia, Devonne Fresquez (Andres), and many other relatives and friends.

Richard was an exceptional father, a loving husband, a devoted grandfather, and an admirable friend.  At a young age, lowrider cars became Richard’s passion and he always made sure his cars were immaculate and well maintained.  Richard was well known for his extremely strong work ethic and was always willing to lend a helping hand.  He was nicknamed “Superman” at work by his many close co-workers.  Richard was known for being quiet, but he was always there for his family and friends. Richard was an amazing person in all aspects and left a loving impression on everyone he crossed paths with.

Richard will be missed by all those whom he touched in one way or another with his great personality, love, and kindness.  He is gone, but never forgotten.

Rosary will be recited on Tuesday January 3, 2022 at 5pm in the Evergreen Chapel of DeVargas Funeral Home of Taos.

The family of Richard Gonzales has entrusted the care of their loved one to DeVargas Funeral Home of Taos. www.devargastaos.com 1-866-657-4019

To order memorial trees or send flowers to the family in memory of Richard Richie Gonzales, please visit our flower store.