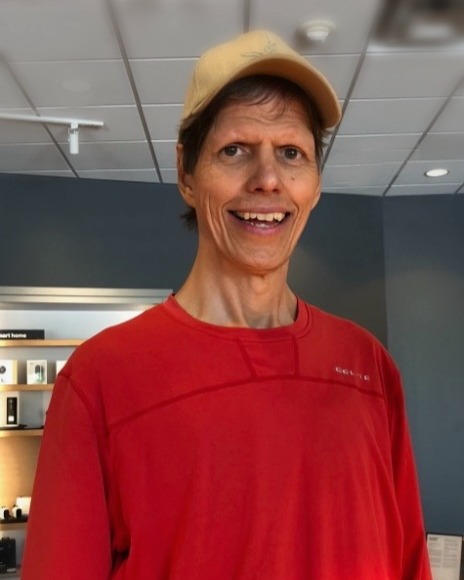 Robert “Bob” Rogers, age 63, passed away peacefully in his home on October 31, 2022, after a brief illness.  He was born in Champaign, IL on February 27, 1959 to John Robert Rogers and Del Marie Bruner Rogers.  He graduated from Plano Senior High School in Plano, Texas and then attended Austin College in Sherman, Texas, where he earned a BA degree in Psychology in 1982.  Bob loved all sports, especially basketball, and played on both his high school and college teams.

As an adult, Bob became an avid cyclist and enjoyed taking long, cross-country trips camping along the way.  He worked as a Respiratory Therapist at Presbyterian Espanola Hospital in NM, where he was employed at the time of his death.

Bob, a caring, gentle soul, was a beloved son, brother, nephew, cousin, uncle and friend.  He was preceded in death by his mother and father.  He is survived by his sisters, Ruth Kumpe (Kevin Skews) and Cassie Stoner (Norman), his sisters’ children, Sam Kumpe, Miranda Kumpe, Jessica Kumpe, Tyler Stoner and Carson Stoner, his uncles, John Bruner (Valera) and Tom Bruner (Barbara), and his cousins.

A memorial service will be held at a future date. The family of Robert “Bob” Rogers has entrusted the care of their loved one to DeVargas Funeral Home of Taos. www.devargastaos.com 1-866-657-4019

To order memorial trees or send flowers to the family in memory of Robert "Bob" Rogers, please visit our flower store.