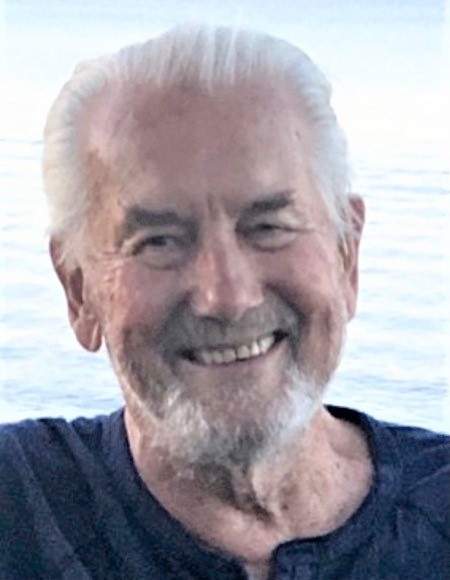 Bob de Silva passed away on April 3, 2021 after a long fight with Leukemia and vascular dementia.  He was 86.  Robert Bond de Silva was born on April 29, 1934 in Hilo, Hawaii and moved to California with his family as a teenager during WWII.  He married Martha Hazen after they graduated from Oxnard High School, and they had two children, Bryan and Laura. After graduating from Stanford with a Masters in Architecture, he worked with prominent architects of the 1950s and ‘60s including Phillip Johnson, William Pereira and Oscar Neimeyer, collaborating on the development of Brazil’s capital city, which became a Unesco World Heritage Site in 1987.

In 1964 he and his wife for over 30 years, Suzanne Salyers de Silva, sailed to Europe bound for Ibiza in Spain.  Along the way, they met a friend who was en route to the South of France and they decided to change course.  They bought a two-tone baby blue/white Volkswagen Bus – the iconic symbol of 1960s counterculture – and traveled across Europe exploring countries and cultures for over a year before settling in Paris in 1965.  Bob went to work for French renowned architect Jean Debuisson, a Grand Prix de Rome winner and major figure in the post WWII era in France.  During this time, he explored his more free-flowing artistic nature, creating unique drawings and collages inspired in part by Belgian painter and sculptor, Jean-Michel Folon, with whom he published two illustrated books entitled “FOO” and “OOF”.

His move to France marked the beginning of a 12-year love affair with Europe.  In 1968 he moved to Rome and started his own architecture practice, working on projects ranging from the Saint Stevens International School to the ski resort of Ovindoli in the Abruzzi region.  His private clients included journalists, philanthropist, developers and a number of fellow artists, whom he notably did not bill for his services, accepting their works of art in lieu of payment.   Bob’s time in Italy in the 1970s would have a profound effect and would become one of the most colorful periods in his life.

In 1976 he and his family moved to Dallas, Texas – a million miles away from the bon vivant community he and Suzanne had left behind in Europe.  The real estate boom was in full swing and he formed a development partnership with his brother-in-law.  Adjusting to American life in Texas proved challenging and in 1989 he upped stakes for the last time and moved to New Mexico.  Santa Fe (a city where he and Suzanne spent a year before eventually moving to Europe) and Taos, where he ultimately settled, were closer to his sensibilities and gave him the spirit of adventure he so craved throughout his life.

Bob is survived by his ex-wife Martha Hazen de Silva, their son Bryan de Silva and their daughter Laura Randall; his ex-wife Suzanne, their son Miguel de Silva, their daughter Mia de Silva Faulquier and Gregory Lee, Suzanne’s son from her previous marriage; his longtime partner Claire Libin; and his 10 grandchildren: Sachiko and Lucio Cooper da Silva, Caterina, Carlo and Adriano Faulquier, Kai and Che de Silva, Sarah and Thomas Randall, and Cesare Lee, all of whom he referred to as “his babies.”

The family of Robert “Bob” DeSilva has entrusted the care of their loved one to DeVargas Funeral Home of Taos.  866-657-4019 www.devargastaos.com

To order memorial trees or send flowers to the family in memory of Robert De Silva, please visit our flower store.