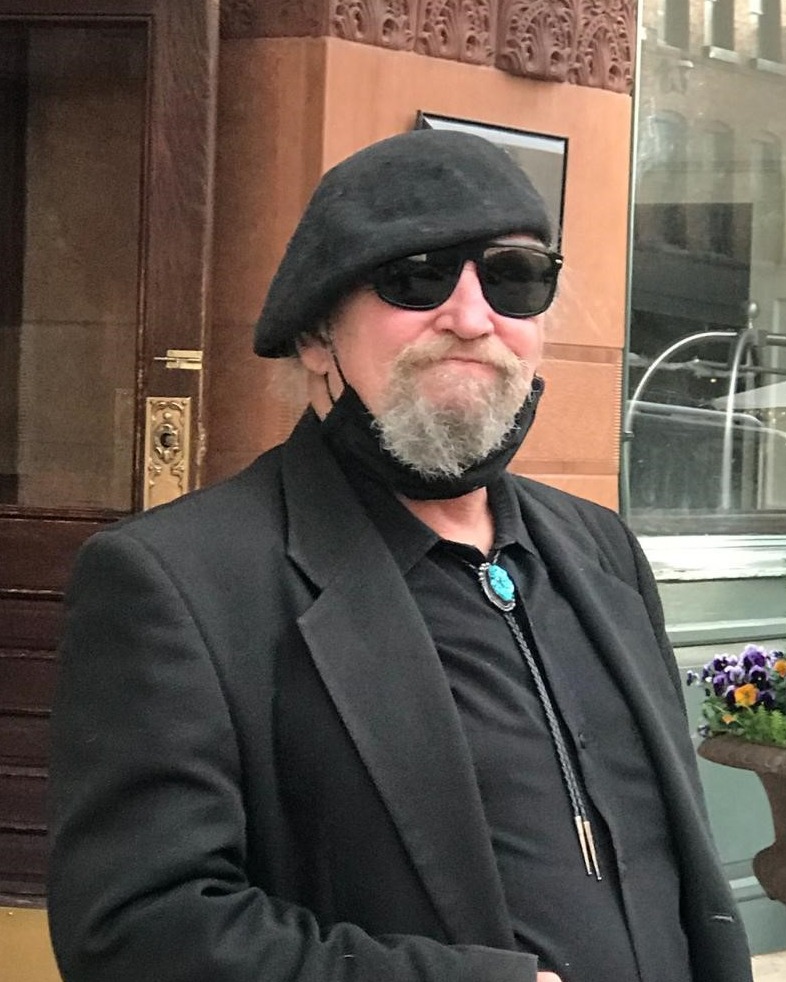 Robert Louis Pedersen Jr, age 70, a resident of Taos, passed away unexpectedly on September 6, 2022. He was on a boating trip while on Eagle Nest Lake during the Labor Day Holiday weekend. Robert was born in Oceanside, California on December 06, 1951.

He spent many years of his youth surfing in Isla Vista, California near Santa Barbara. Robert studied at Santa Barbara City College and was offered a full-time scholarship so that he could pursue his passion in the arts. During his time in Santa Barbara, Robert began working on fabric manufacturing and started an upholstery business focusing on leather moccasins, sandals, pursues and handbags. At a young age, he had a natural talent for leather work and subsequently began his own business (Leatherworks Inc.), which allowed him to focus his creative energy and talents on doing what he loved.

Robert spent much of the 1960s and 70s formulating designs for Cherokee shoes and other manufactures.  He even developed a design for his friend, artist James Argyrospoulo’s for clogs and belts that went on to become successful brands. Robert was also a lifelong sports-car enthusiast and spent much of his time on developing designs for various Porsche cars including the legendary award-winning Le Mans 356 Porsche, which he was an integral part.  Robert continued his passion in vintage auto interior and was one of the last upholstery artist to sew by hand.

Robert enjoyed fishing, sports car driving and sharing his creativity with family and friends. He was an intelligent man, brilliant craftsman, passionate artist, and a loving family man. He is survived by his daughter, Destiny Pedersen; his granddaughter, Monique Arancibia; his brother, Alex Giordano; and sister, Victoria Russell. He also has loving friends and family including his first wife, Kathleen Carpenter who’s remained a close friend over the years. Robert Louis Pedersen was a loving man who will be dearly missed by all those who knew him. The family will be honoring him during a celebration of life that is currently being scheduled.

The family of Robert Louis Pedersen Jr. has entrusted the care of their loved one to DeVargas Funeral Home of Taos. www.devargastaos.com 1-866-657-4019

To order memorial trees or send flowers to the family in memory of Robert Pedersen Jr, please visit our flower store.