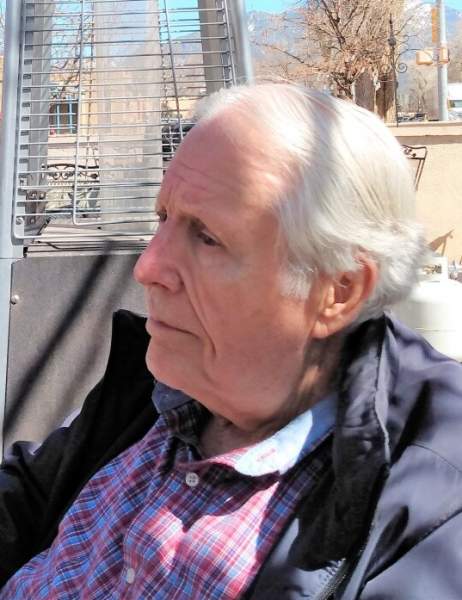 Robert S.Peel, 81, passed away peacefully at home after suffering a severe stroke a week earlier. He cared deeply for the Taos community. He first visited Taos while consulting at Presbyterian Health Services in Albuquerque.  Like many, he and his wife immediately fell in love with the natural beauty of Taos and Northern New Mexico. Next came a strong interest in learning about its three cultures and traditions. Robert and wife Kathryn chose to make their home of over 20 years on the Talpa Rim on property steeped in Pueblo, Hispanic, and Anglo history.  He studied to learn of these traditions from historical documents and directly from the elders in these communities, including Joe Wallace Martinez of Taos Pueblo, Martha Reed, and many other neighbors, most notably, Eduardo Real and Ramon Fernandez. A highlight and honor occurred on New Year’s Day when the Trujillo Troup of Los Comanches performed at his home. Robert served several years as president of the Taos chapter of the NM Archaeology Society and board member of Taos Historic Museums. Born in San Antonio, Texas, he graduated from Stephen F. Austin HS and The University of Texas in Austin. His early career was in accounting and data processing management for the State of Texas and City of Austin. Later, Robert enjoyed a distinguished career in human resources and hospital administration, including Ochsner Medical Services in New Orleans, Emory Clinic in Atlanta, and Buganda Hospital in Tanzania for Trinity Health Services of Michigan. He started his own consulting firm in 1994 with clients such as the City of Lansing to increase racial diversity in their workforce, and an equitable compensation system for employees of Pebble Beach Corporation.   He spoke widely for professional organizations, including the United Kingdom's National Health Service.    Also, Robert was a member of Hill City Lodge for over 50 years. Robert is preceded in death by parents Robert Edwin Peel and Miller Franklin Peel and daughter Adrienne Peel. He is survived by his wife of 36 years, Kathryn Comer Peel; children, Genevieve Peel Keefe (John), and Lucinda Peel Du Teau (Jeff); grandchildren, Jenna Springer (Jacob), Lauren Peel, Sarah Geis, Rebekah Keefe, Hannah Culp (Josh), David Keefe (Lori), Stephen Keefe, and “adopted” grandchildren, Maria Jose and Jose Pablo Lopez Sanudo, and Rosy and Juan Jose Paz; great grandchildren, Levi and Abigail Springer. His wife and family are deeply grateful for the care and support of Dr. Lucas Schreiber, the staff of Mountain Home Health and Hospice, Taos EMT Services and Emergency staff of Holy Cross Hospital. In lieu of flowers, contributions may be sent to: American Parkinson Disease Assoc. 135 Parkinson Ave . Staten Island, NY 10305. The family of Robert S. Peel has entrusted the care of their loved one to DeVargas Funeral Home of Taos.  www.devargastaos.com 1-866-657-4019

To order memorial trees or send flowers to the family in memory of Robert S. Peel, please visit our flower store.