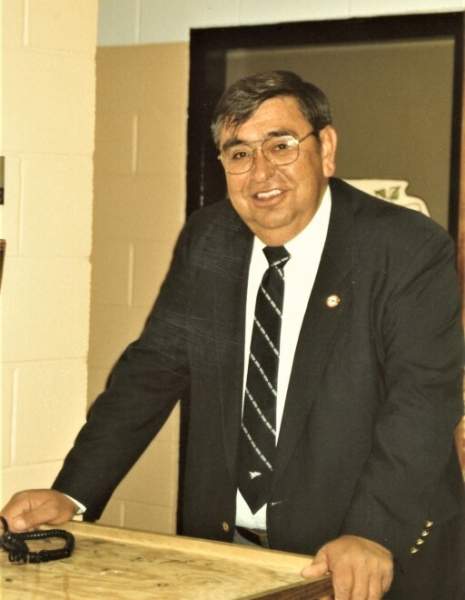 Ruben Reynaldo Quintana resident of Cañon passed away on November 6, 2021.

Rey graduated from Central Catholic High School and went on to attend UNM and NMSU where he received his associates degree before being drafted by the US Army to serve in the Vietnam War. In 1968 he entered basic training in Fort Hood, Texas. In April 1969 he went to Vietnam where he would serve our country for the next year. He received the Vietnam Service Medal with 3 Bronze Service Stars, Combat Infantryman Badge, Republic of Vietnam Campaign Medal, Bronze Star Medal, and the Marksman (rifle) National Defense Service Medal.

Upon his return from Vietnam, he utilized the GI bill which allowed him to continue his education, receiving his Degrees in Civil Engineering and Education. While serving the community as a math teacher at Taos Junior High School he also obtained his Master’s Degree in Administration from NMHU.

Rey held many jobs in his life. He started as a teenager working as a gardener for the Brandenburg’s on La Loma. He worked with the engineering firm Turney, Sayer and Turney of Santa Fe, which provided him the background to open his own engineering firm in Taos with his partner Lawrence Ortega.

Of all the jobs Rey held, his love for education was his passion. Upon returning to Taos in 1975 he joined the staff of Taos Junior High School where he taught math and coached basketball. In 1987 Rey became the principal at TJHS/TMS and would remain in this position for 20 years. His passion for educating middle school aged students was a decision he made as he felt he could influence their choices for the best. In doing so, he helped shape the lives of thousands of student in Taos. He also held his staff in high regard and enjoyed the comradery he held with those he affectionately referred as the “stupids”.

His family was his pride and joy, especially Katie and his “Buddies”. Their success and wellbeing meant everything to him. He enjoyed gardening, reading Louis Lamour books, watching the Boston Celtics, listening and working with music, and buying things off Amazon. But above all he enjoyed his visits with family and friend in his “Dog House”.

Rey was a man of integrity, he was kind, funny, generous and compassionate and lead by example. He will be greatly and deeply missed. Serving the family as honorary pallbearers will be Eddie Joe Abeyta, Victor Maes, Tom McCarthy, Flavio Lopez, Levi Trujillo, and Tony Trujillo.

Funeral Mass will be held on Saturday November 20, 2021 at 10:00am at Our Lady of Guadalupe Catholic Church.  Private family burial will take place at a later date.

The family of Ruben Reynaldo Quintana has entrusted the care of their loved one to DeVargas Funeral Home of Taos. www.devargastaos.com 1-866-657-4019

To order memorial trees or send flowers to the family in memory of Ruben Reynaldo Quintana, please visit our flower store.