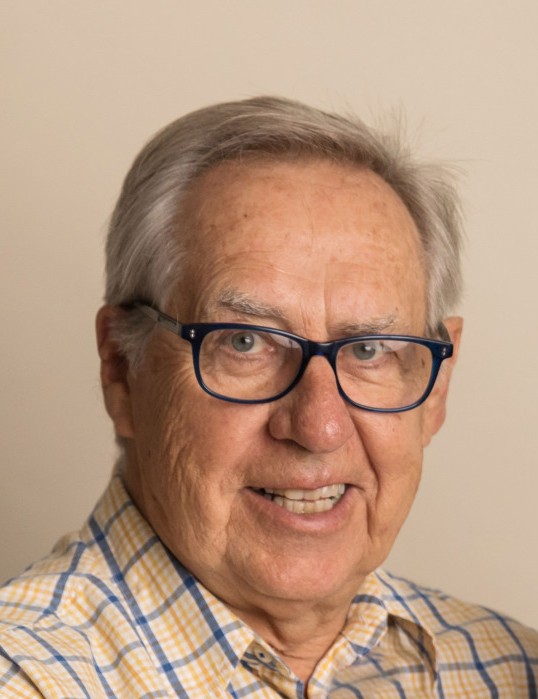 Dale Ernest Schuette, age 75, passed gently on Sunday, April 11, 2021 at his home on the mesa of Taos, NM, surrounded by close family and friends.

Dale is survived by his beloved husband Reg Stark, his daughter Layne Schuette Fulero, her husband Joshua Fulero, their son Sam, as well as brother Robert Schuette, Darline Schuette Hoffins, and his friend and ex-wife Peggy Blocker, plus an army of loving friends and extended family. He is preceded in death by his parents, Reinhart Schuette and Pauline (Brunner) Schuette.

Dale grew up on a small farm in Menomonee Falls, WI. He enjoyed telling people how, in his earlier years on the farm, the house didn’t have indoor plumbing or electricity and laughed that, when finally updated, the barn got electricity before the house. To make it all even more primitive, he attended Sunnyside Grade School (1st-8th grade), a one room country schoolhouse complete with pot-bellied stove.  After graduating from Menomonee Falls High School, Dale attended the University of Wisconsin at Milwaukee before transferring to the University of Denver where he obtained his B.S. in Hotel and Restaurant Management.

Dale’s extraordinary hotel career began with the Sheraton Hotel Corporation, a job that took him to Portland, Boston, and Chicago.  He then went to work for Hyatt at locations in Houston and Atlanta before being promoted to General Manager of Hyatt’s Hilton Head Island and Dearborn Michigan properties. After his time at Hyatt, Dale worked as GM of the Astro Village Hotel in Houston before once again being hired away this time to oversee the renovation of the Skirvin Hotel in Oklahoma City.

Always someone with a keen eye for opportunity and potential, Dale was instrumental in the renovation and restoration of the Crockett Hotel in San Antonio where he was a Limited partner and General Manager.

After the completion of the Crockett, Dale left the hotel business for a time to work for Frontier S&L in Tulsa, where he applied his talent for business and realizing untapped potential, managing a portfolio of troubled properties and developing them into profitable entities for sale.

Dale returned to San Antonio, and together with his partner Reg Stark, purchased the Arbor House Inn and Suites which they developed into a unique Bed and Breakfast.

Deciding it might be time to slow down and find their forever home, Dale and Reg moved to Taos, NM where they became a beloved part of the community and welcomed a large circle of friends into their world. In 2013, after a court challenge, Dale and Reg became the first gay couple married in Taos bringing legal status to their long and loving relationship.

More than anything, Dale was a proud father of his only child Layne and grandfather of 3 y/o Sam, who called him Papa and charmed him beyond words.

We are heartbroken at the loss of Dale but there is no shortage of memories of his charm, charisma, humor, sweetness, and all-encompassing love to fill the void.

In lieu of flowers, the family requests donations to Mountain Home Health Care who provided support to Dale and his family as well as home hospice services. We are forever grateful. https://www.mtnhomehealth.com/donations/we-appreciate-your-donation/

The family of Dale Ernest Schuette has entrusted the care of their loved one to DeVargas Funeral Home of Taos.  www.devargastaos.com

Plant a tree in memory of Dale Ernest Schuette

Three years older than me.maybe my brothers class.did he participate in basketball. Thinking he was member of Grace.

A Memorial Tree was planted for Dale Ernest Schuette

Plant a tree in memory of Dale Ernest Schuette